I hadn't heard much about Maui but needed some time to get away from the city and picked up some flights on a Southwest sale.

Maui is a pretty honeymoon-y destination with a lot of resorts but I'm not really a fan of sipping overpriced rum cocktails on a beach with a bunch of tourists. I grew up in San Diego.

Traveling solo forced me to meet people and most of the plans I made on this trip were based off of recommendations from locals and other travelers. Ended up being an amazing trip and I'm convinced Maui is one of the most beautiful natural places in the world.

My highlights as a solo traveller in Maui were:

I've never driven a convertible and always saw it as a flex move, but I was recommended by a coworker to give it a shot and can say that I get it now. It's amazing feeling the elements while driving around the most beautiful highway in the United States. As a native Californian, I love Highway 1, but the Road to Hana felt like 100x. Having an unobstructed view of the ocean and tropical forest in the convertible was incredible but also probably dangerous.

It's about $20 extra a day to rent a convertible and there isn't much trunk space but I would highly recommend it if you plan on driving around and aren't more than a group of 2.

I picked up some hitchhikers for a portion of the Road to Hana and they told me that nobody in a convertible had ever picked them up. I've hitchhiked in the past so I'm happy to pay it forward. Turns out It's possible to enjoy a convertible without being an asshole. 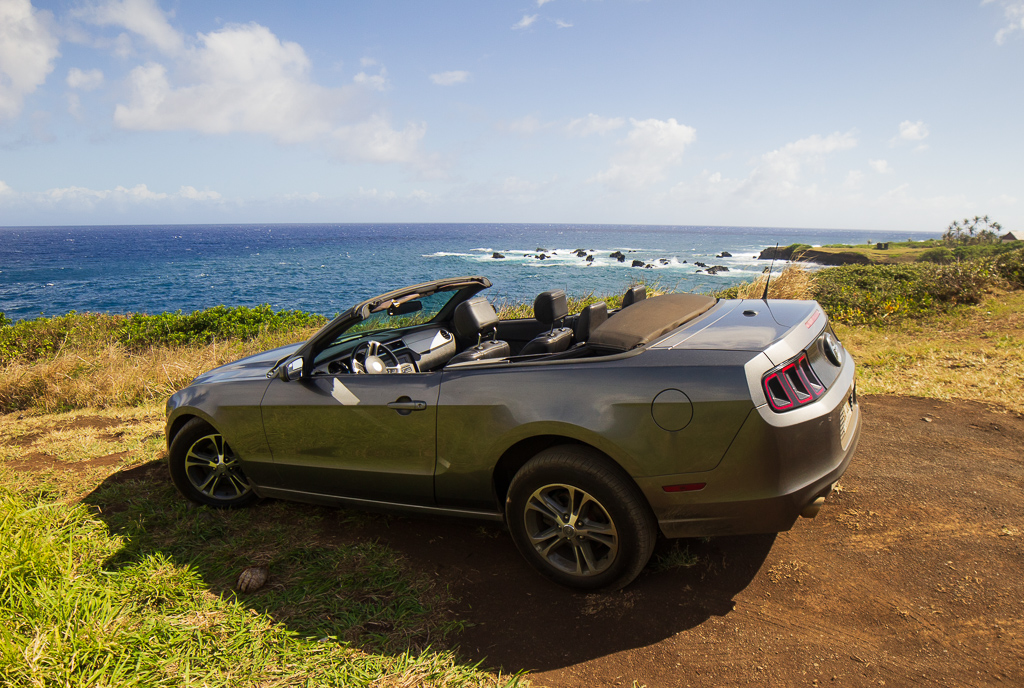 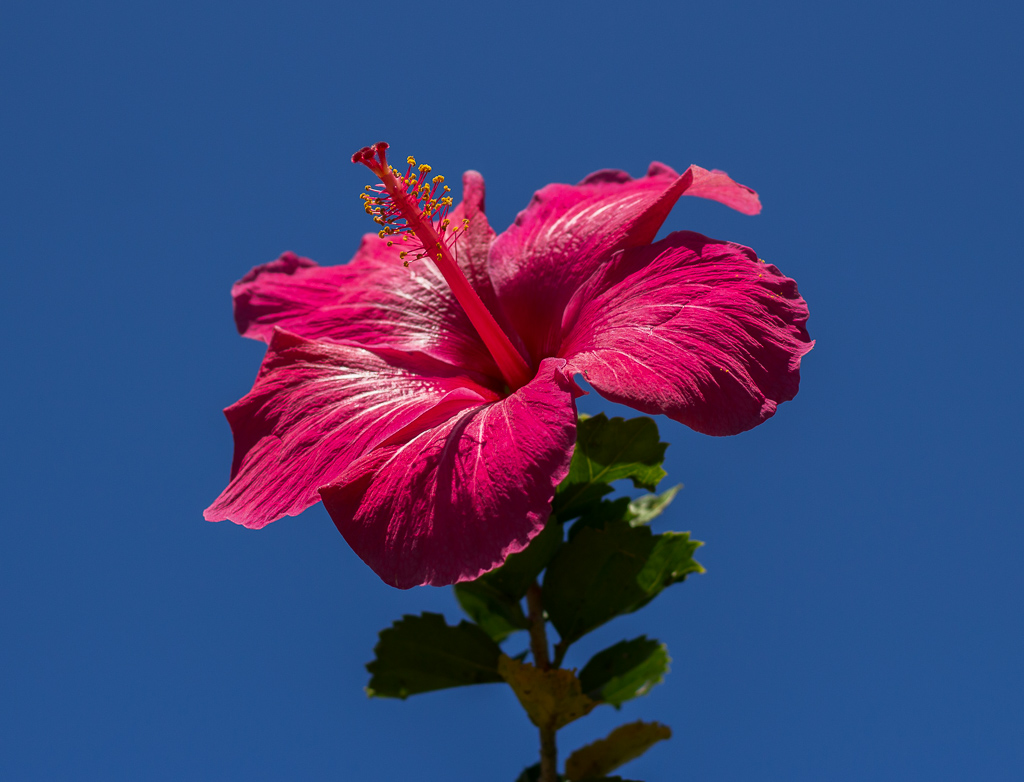 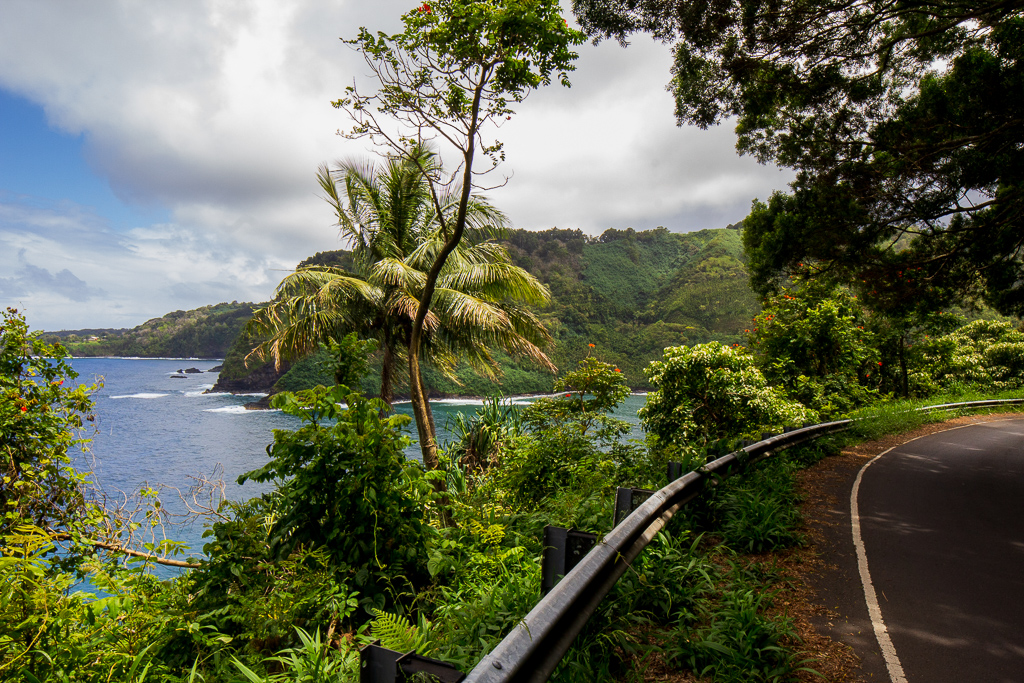 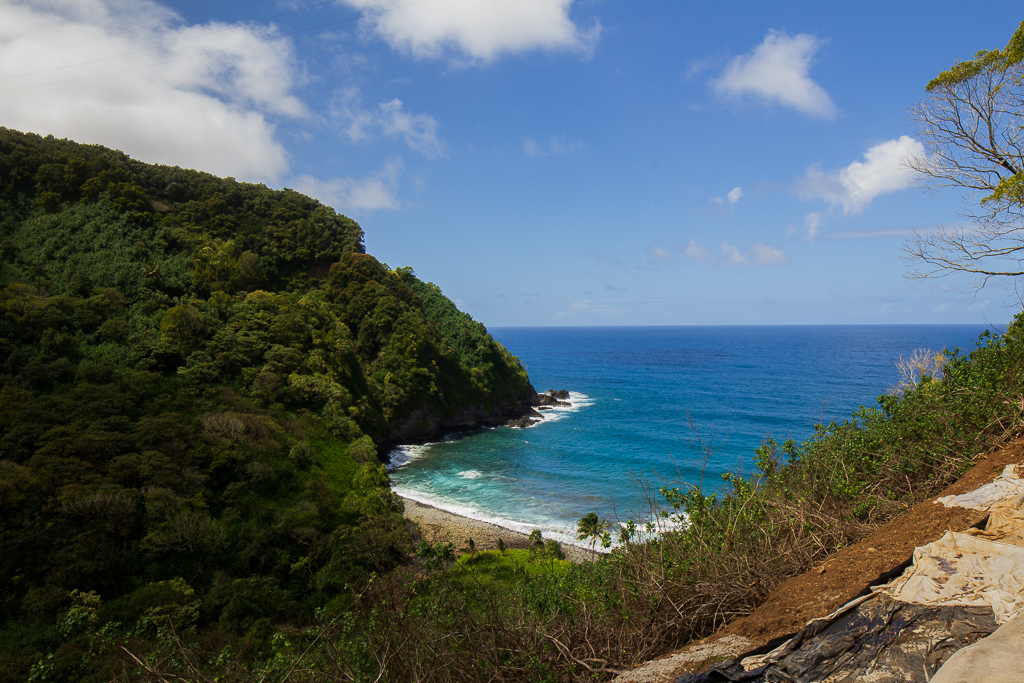 Paia Bay Coffee & Bar is pretty cool too if you have time before the Fish Market opens at 11AM.

I arrived at Black Sand Beach close to sundown and set up camp in a little nook near the water. Not sure if I was allowed to camp where I did, but I had the entire beach to myself. I made sure to monitor high tide to ensure I wouldn't get swept away at night, but I still had trouble sleeping with the sound of the crashing waves. I was able to take a few shots of the milky way around 2AM but clouds had made it difficult throughout the night.

It was my first time camping solo and I was a little scared but hyped myself up as the biggest, strongest, scariest thing on the beach. Also had a canister of pepper spray that happened to make it past the TSA in my carry-on luggage. They made me throw away my water bottle though. 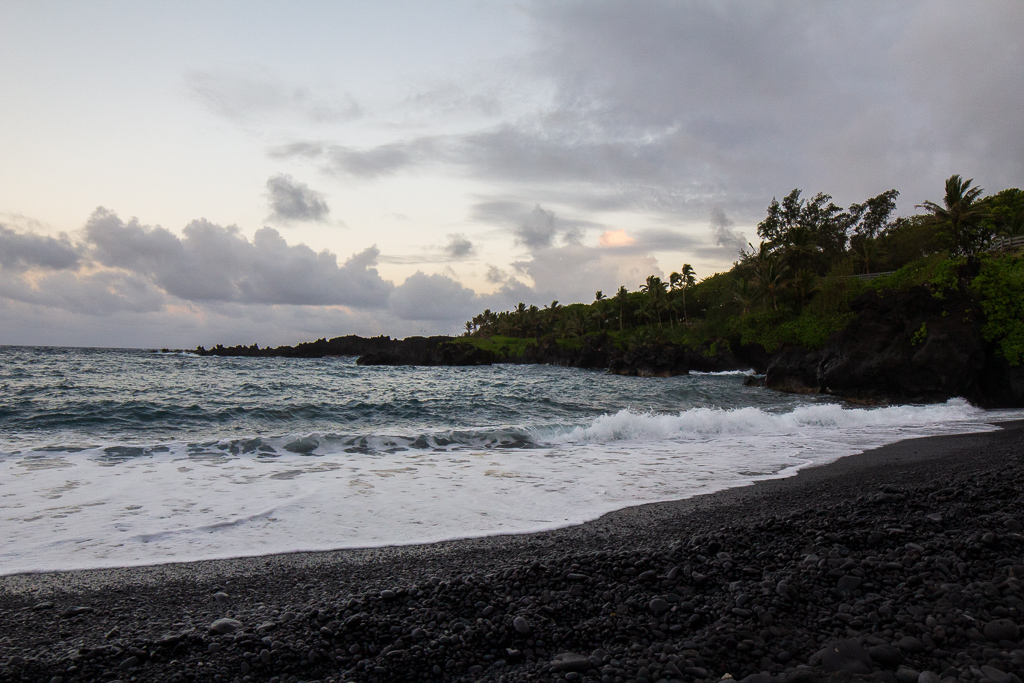 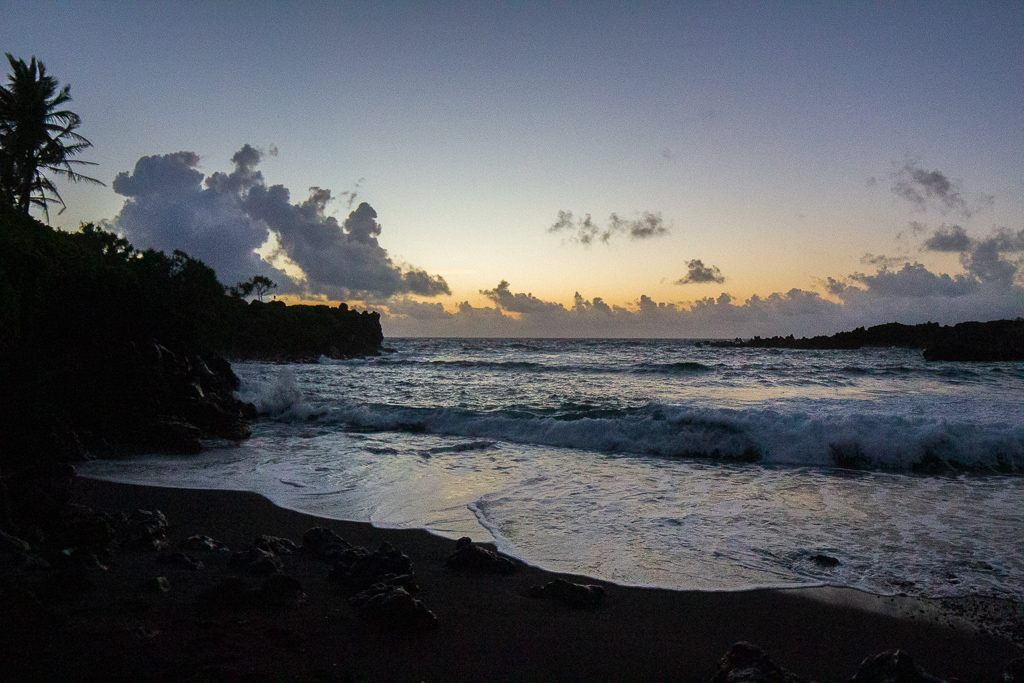 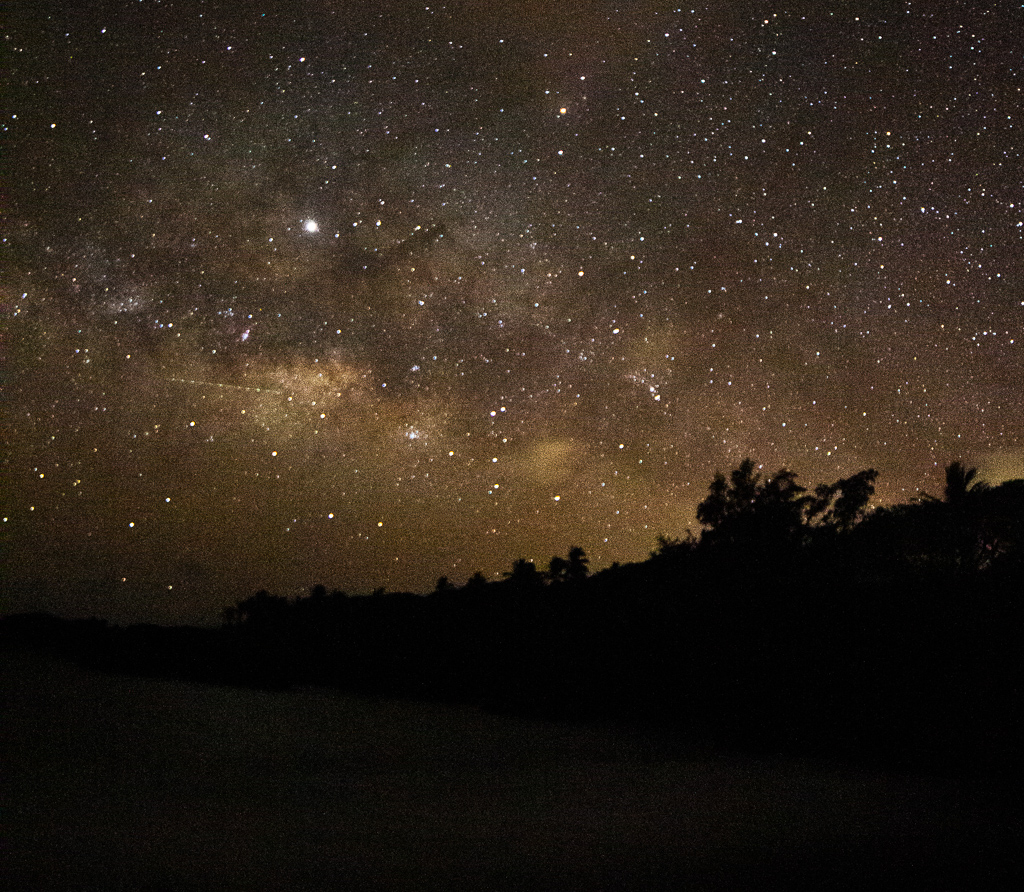 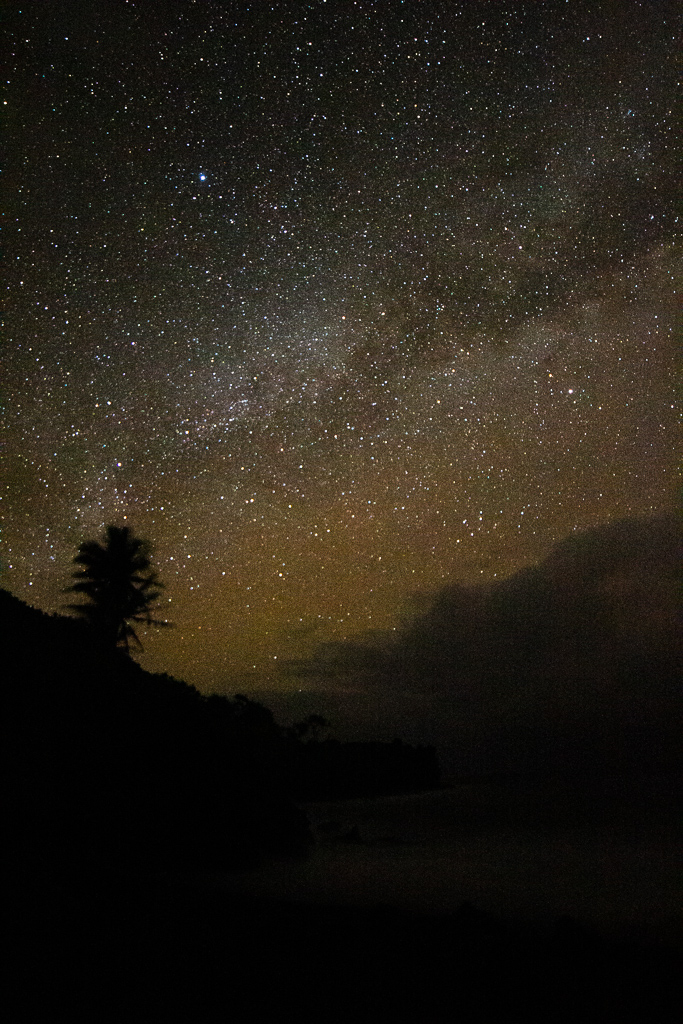 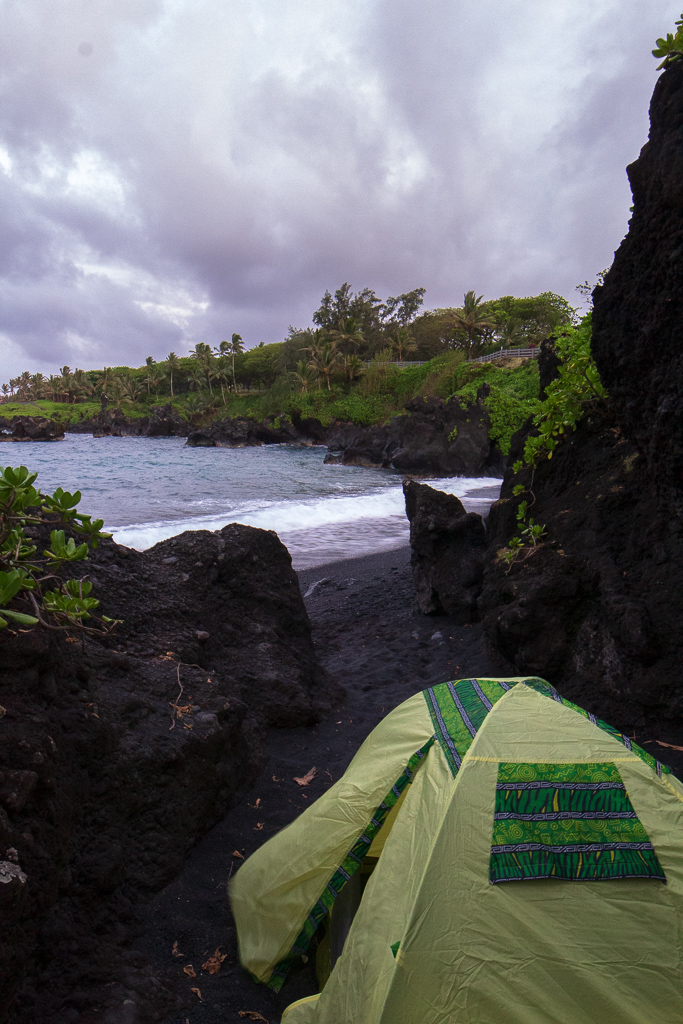 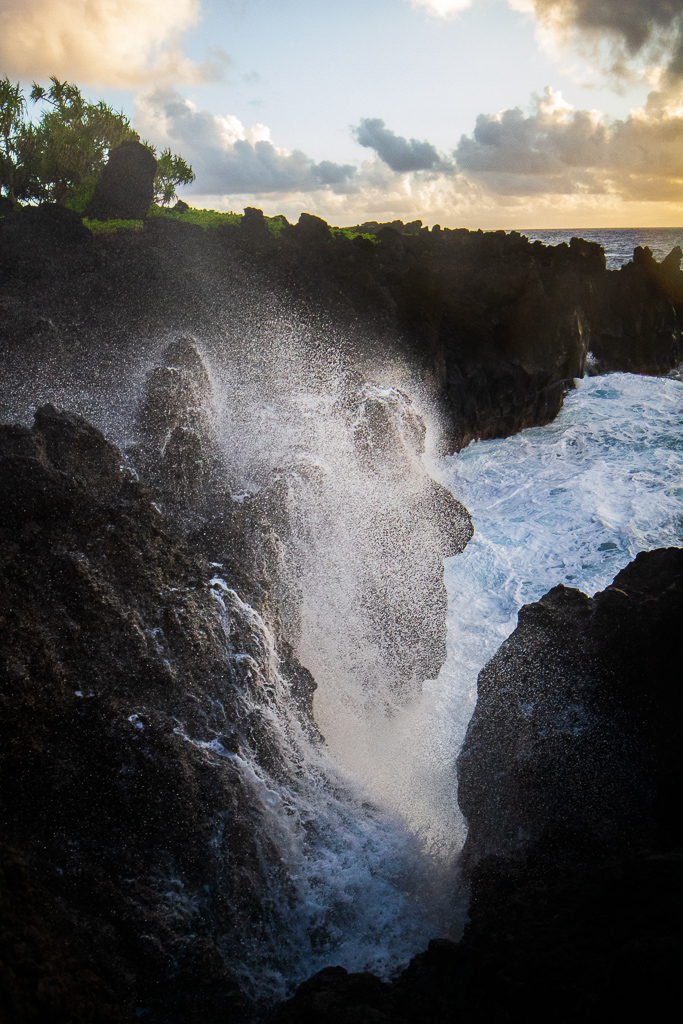 After waking up at sunrise at Black Sand Beach, I drove over to the secluded Red Sand Beach. There is a short hike that a local told me was "treacherous" but it wasn't bad in sandals with snorkeling gear. I ended up arriving and having the beach completely to myself for an hour.

The cove is protected by a barrier of lava rock in the shape of flames protruding up from the ocean. The waves crash against these rocks but the water is crystal clear and relatively still within the cove and allowed for excellent snorkeling. I saw around a dozen different types of fish.

A few other snorkelers joined me later in the day and gave me confidence to swim a little past the rock barrier. The waves were a little too strong and I have a terrible fear of sharks, so I challenged myself to swim out to a point but then skirted back to shallows as soon as I got to it. Saw some big fish out there and got spooked.

By the time I left, there were about a dozen people hanging out, none of them were nudists as the local had warned about. 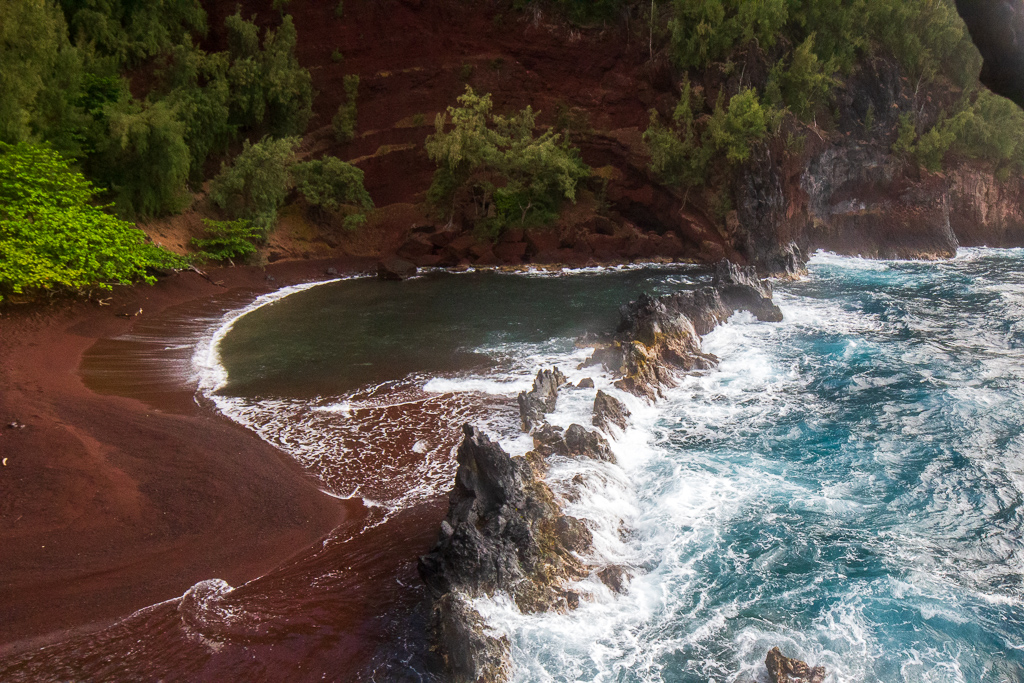 Backside of Road to Hana

Supposedly the car rental companies tell you not to do it. Do it anyways.

Breathtaking cliff views, gorgeous beaches, rainforests, beautiful homes, and an epic view of Haleakala. I saw around 15-20 rainbows and several double rainbows all the way. 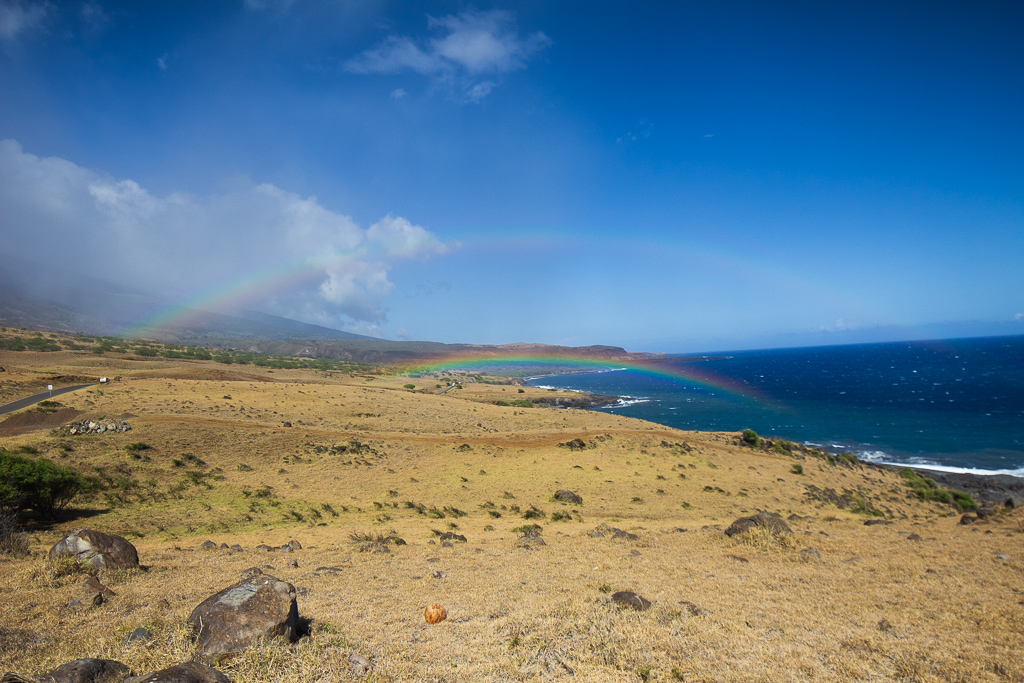 Before the rough part of the road, there is the Seven Sacred Pools and the hike to Waimoku Falls. I would highly recommend spending time here and doing this hike. It's around 2 miles and there is an awesome bamboo forest along the way. The waterfall is breathtaking and if you're sensing a pattern here, ignore the signs that say "stop here, do not get any closer". Make sure to get all the way to the waterfall, it's worth it. 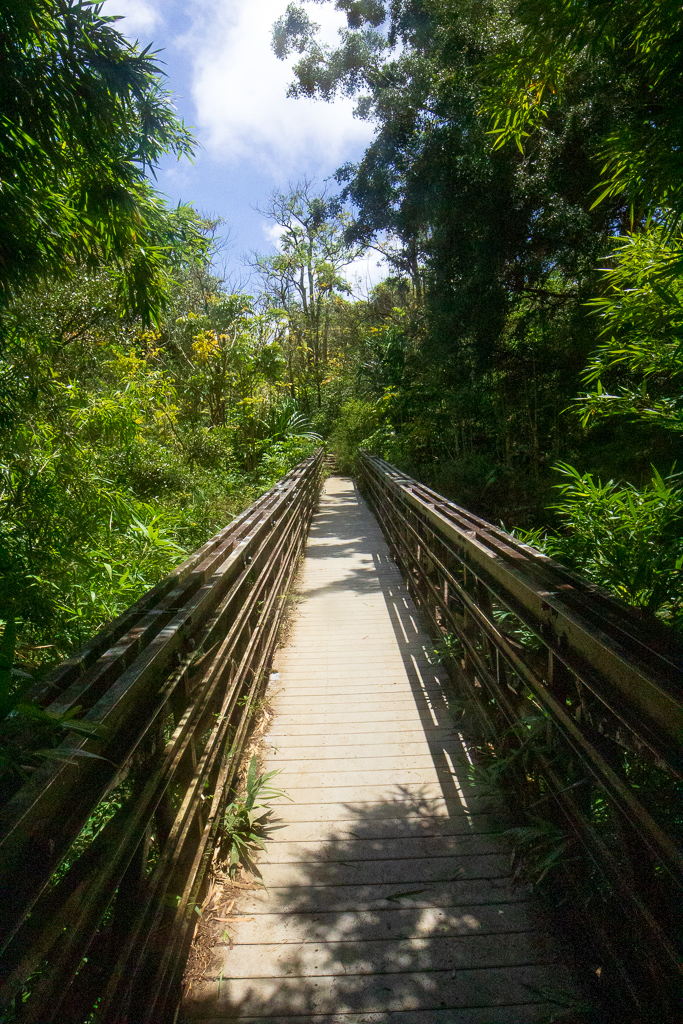 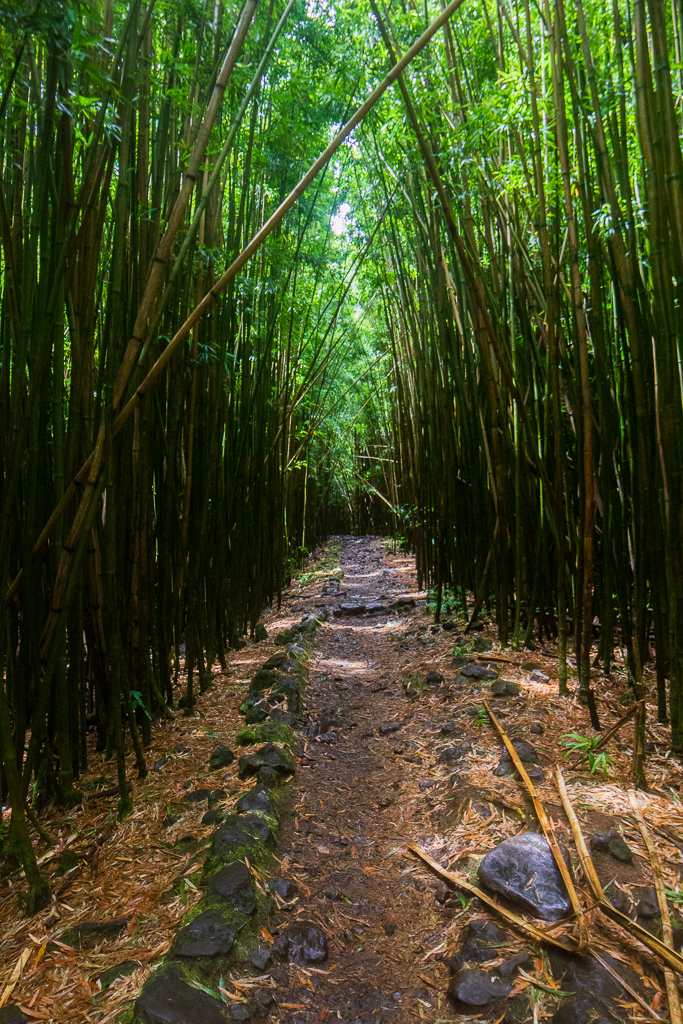 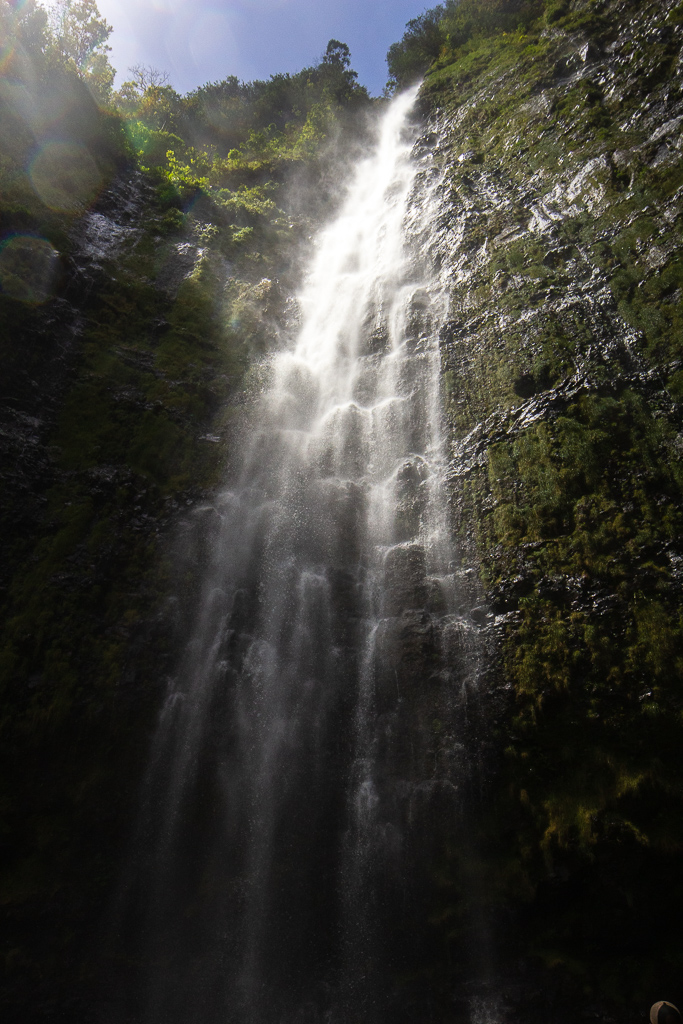 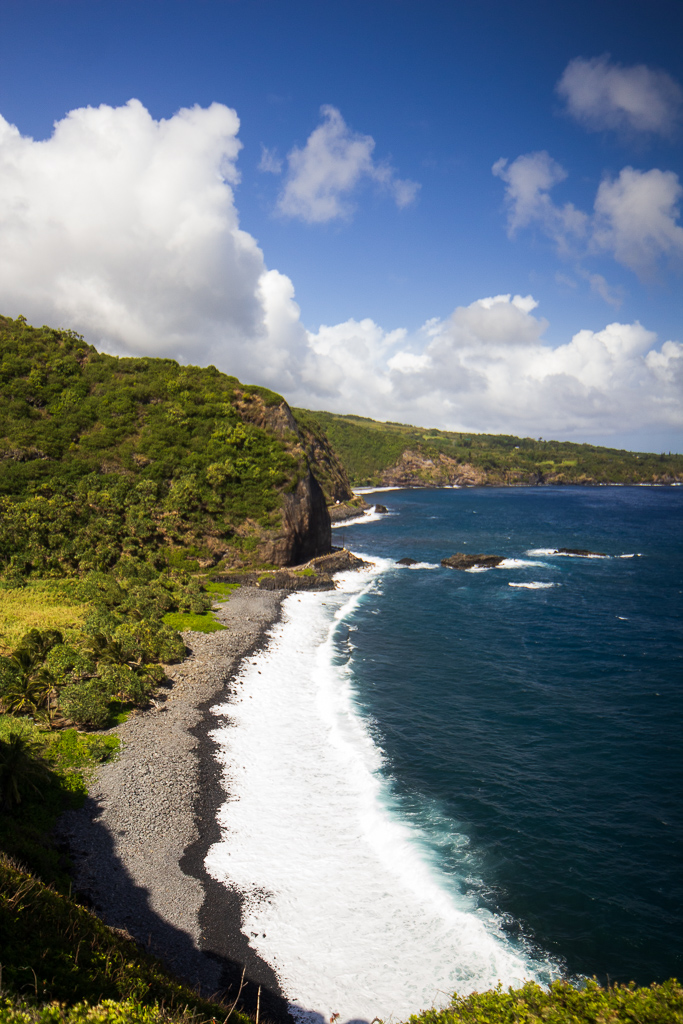 The rough part of the road is a little annoying but it clears up and the backside of Haleakala is just, epic. Pictures don't do it justice so I'm not going to include any. The entire Road to Hana is basically a loop around this giant 10k foot volcano and the backside of this loop lets you really soak in the magnitude of the volcano.

Driving up through the clouds to get to the peak of the volcano I had spent two days driving around was, awesome. Listened to this absolute fire Kanye sample Mandrill - Peace and Love on the way to the peak. I don't want to overuse the word epic but, yeah.

I ended up camping in Hosmer Grove 7k above sea level. I beastmoded and set up camp in the dark under light rain. Sleeping under the rain was much easier than sleeping next to crashing waves. It was cool to camp at sea level one night and then 7k above the next night.

Pro Tip: Sleeping at Hosmer Grove allows you to bypass the ticketing system for the Haleakala Sunrise. Generally you need to get tickets 60 days in advance to go up to see the sunrise from the peak, but by sleeping in Hosmer Grove campground you can bypass this.

Unfortunately, it was too cloudy to catch a good sunrise or the milky way. I'll have to go up again next time. Also, it's freaking cold up there. I brought several layers but wished I had a beanie and gloves for the peak.

Swimming with Dolphins in Lanai

This kind of speaks for itself.

I took a speedboat snorkeling trip around Lanai on a whim. The snorkeling was amazing. Saw a few turtles and a really cute pufferfish.

But, a wild pod of like 80+ dolphins was interested in us and ended up swimming with us for around 45 minutes. Felt like an eternity. It was an amazing experience and supposedly a 1/100 trip for the speedboat company.

Here are a few minutes of that experience:

Thanks to the locals and fellow travelers I met along the way.

Why I Quit Playing Melee Competitively