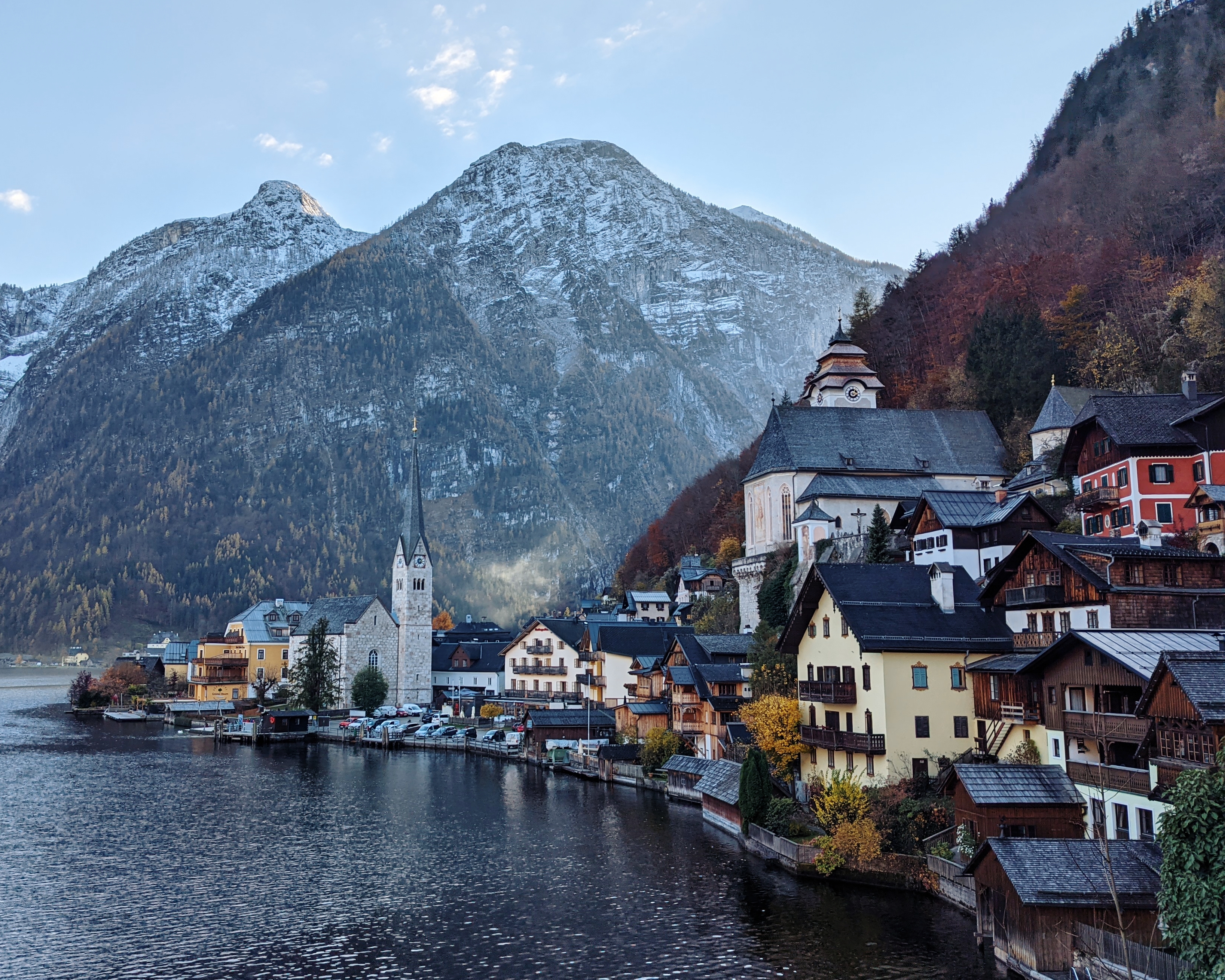 To spend some time relaxing and disconnecting, I chose a small Austrian lakeside village, Hallstatt, for the second leg of my escape from New York. Aside from being absolutely gorgeous in pictures, Hallstatt is rumored to be the inspiration for Arendelle, the village in Frozen. Additionally, the village is so loved that China spent a billion dollars to build a clone of the entire village in Guangzhou.

I wasn't aware of this until I arrived, but Hallstatt typically suffers from a major overtourism problem. In the past, the village of ~900 people saw 10-30k tourists visit per day. However, with new regulations around entering the village, the worldwide pandemic, and the lull of late fall (between Summer and Winter festivities), the village was close to empty during my visit.

I was able to book a bed and breakfast right in the Market Square with a lakeside view pictured below. Due to the lack of tourists, most of the shops and restaurants in the village were closed, but the staff and owner at the Seewirt-Zauner restaurant (Sandra & Joseph) were incredibly friendly and accomodating.

Most of the food they serve is locally caught or raised. I'm typically not a big fan of German food but the freshly caught fish and Christmas Goose were out of this world. Schnitzel is growing on me day by day. 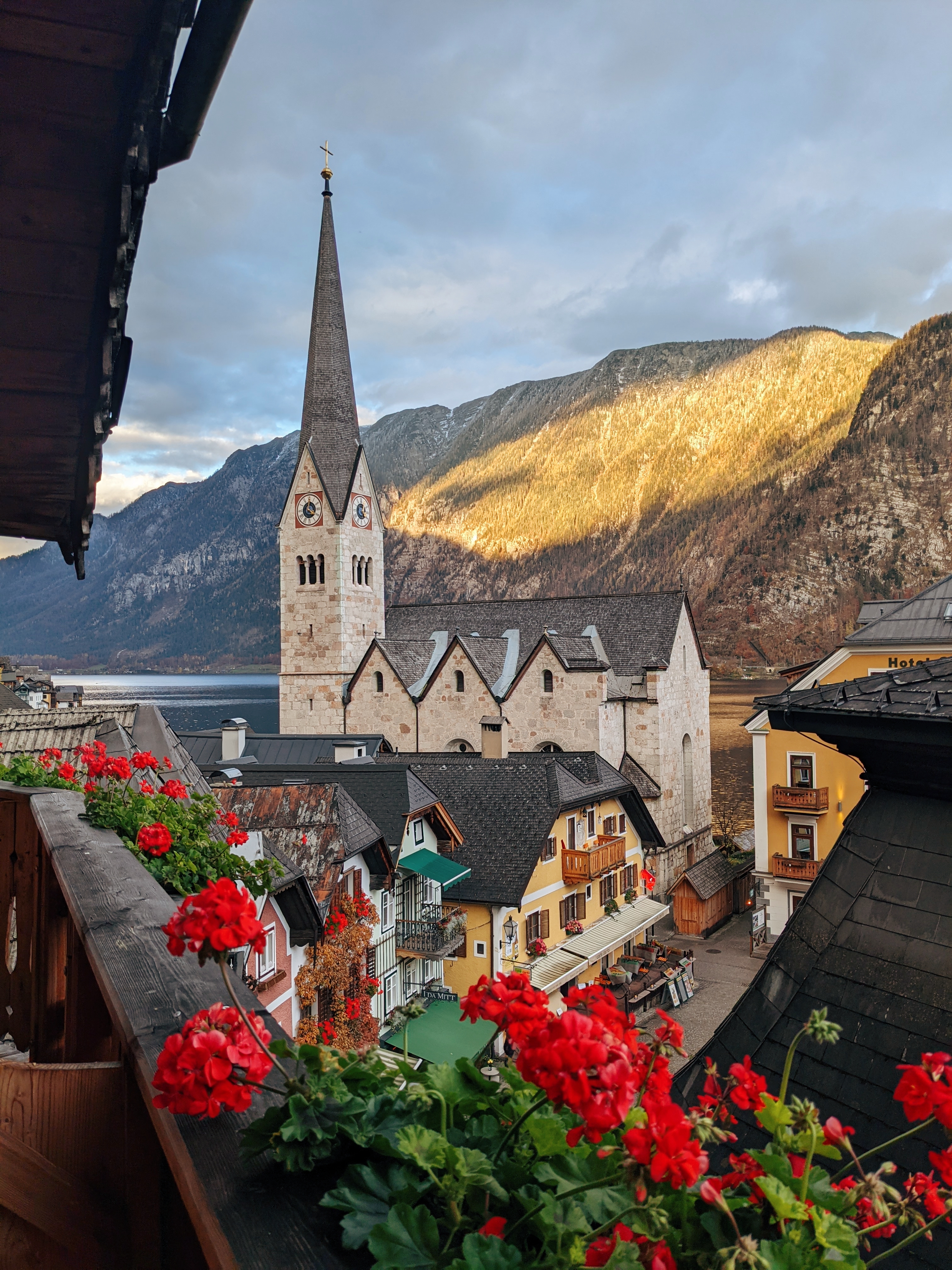 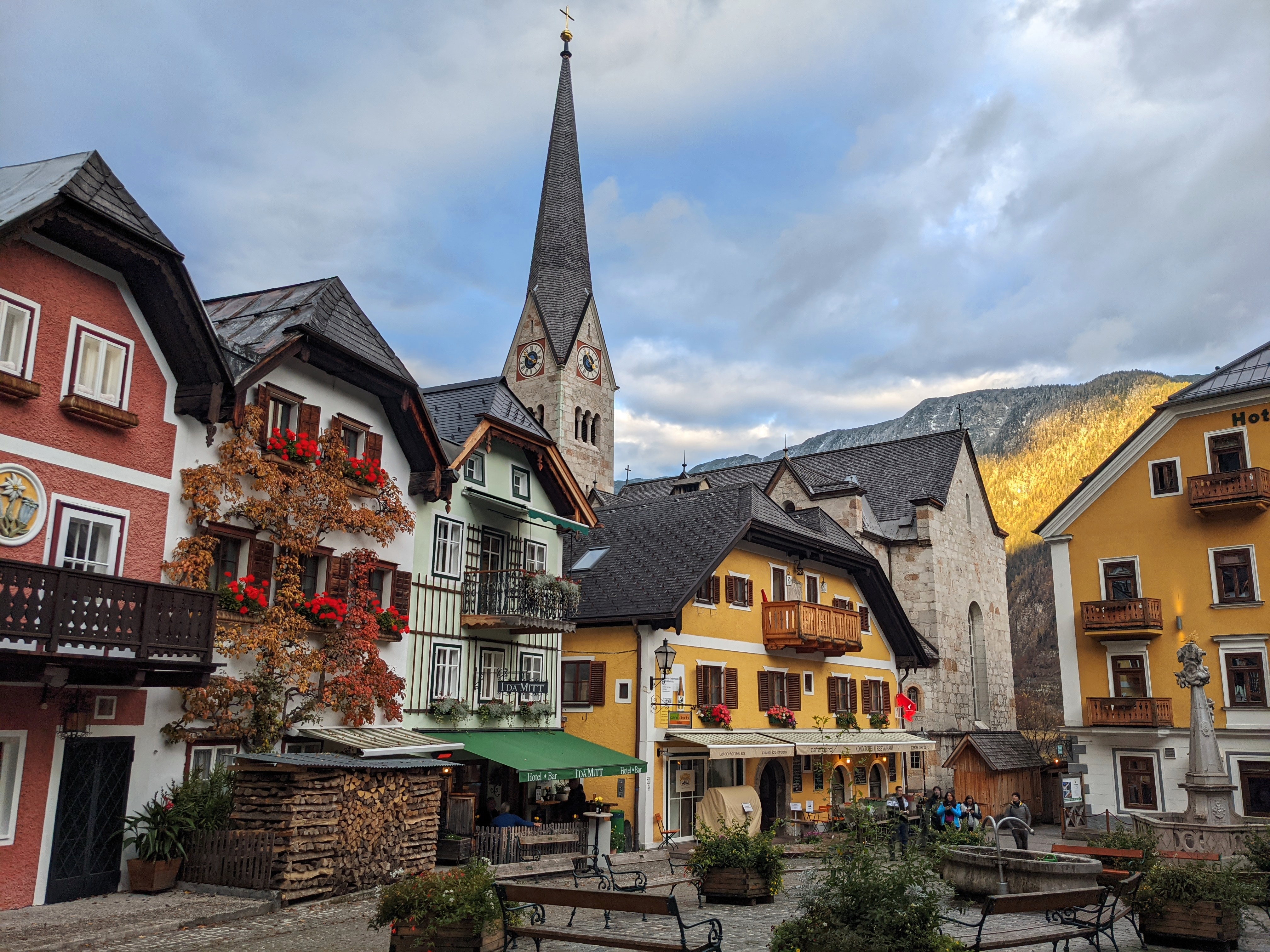 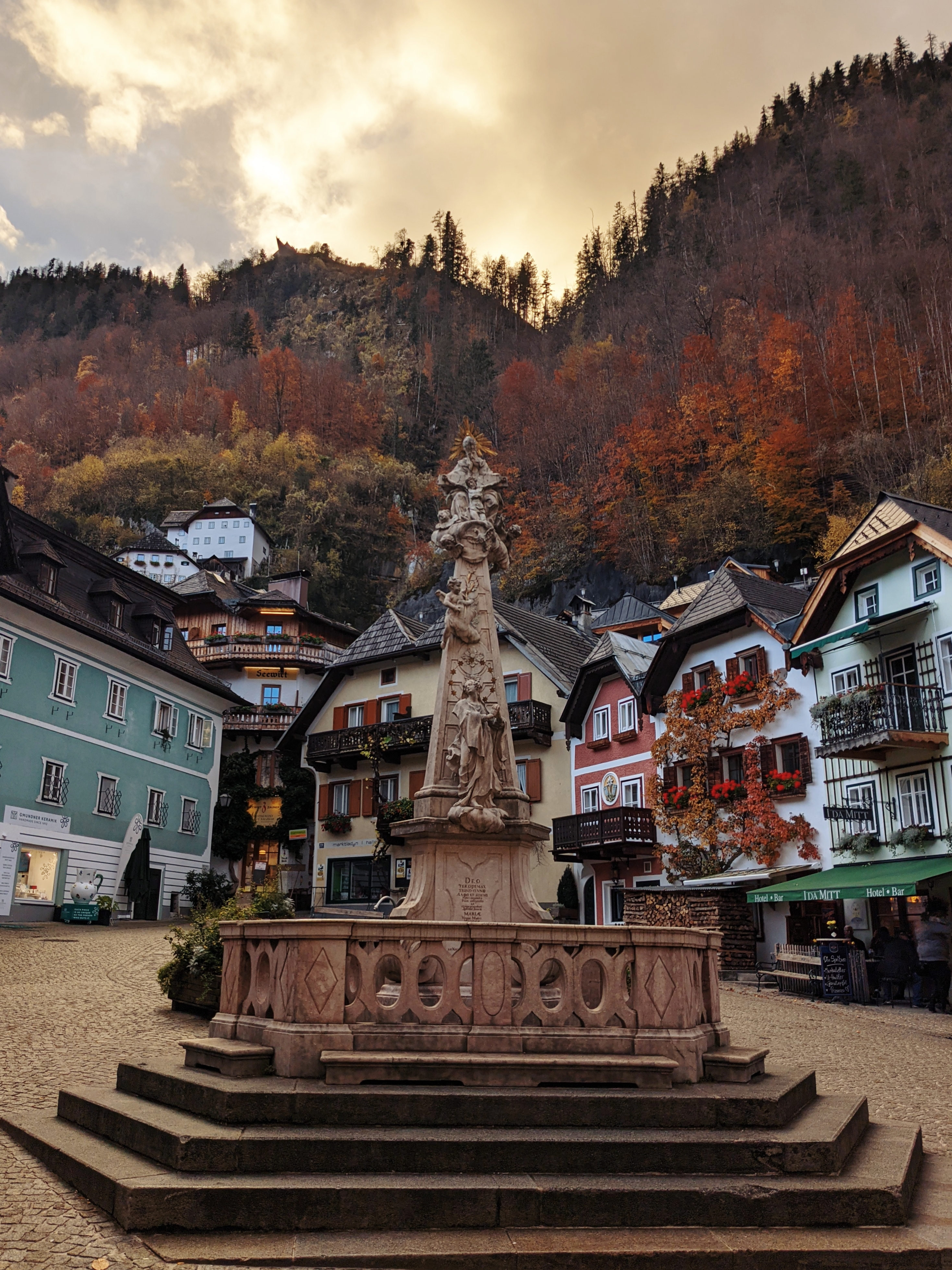 It's a tiny village so most tourists just stop in for a few hours on a day trip. The village is mostly known for its salt mines but I wanted to get away for a bit, so I went on a ~3 hour hike to see foliage and waterfalls. 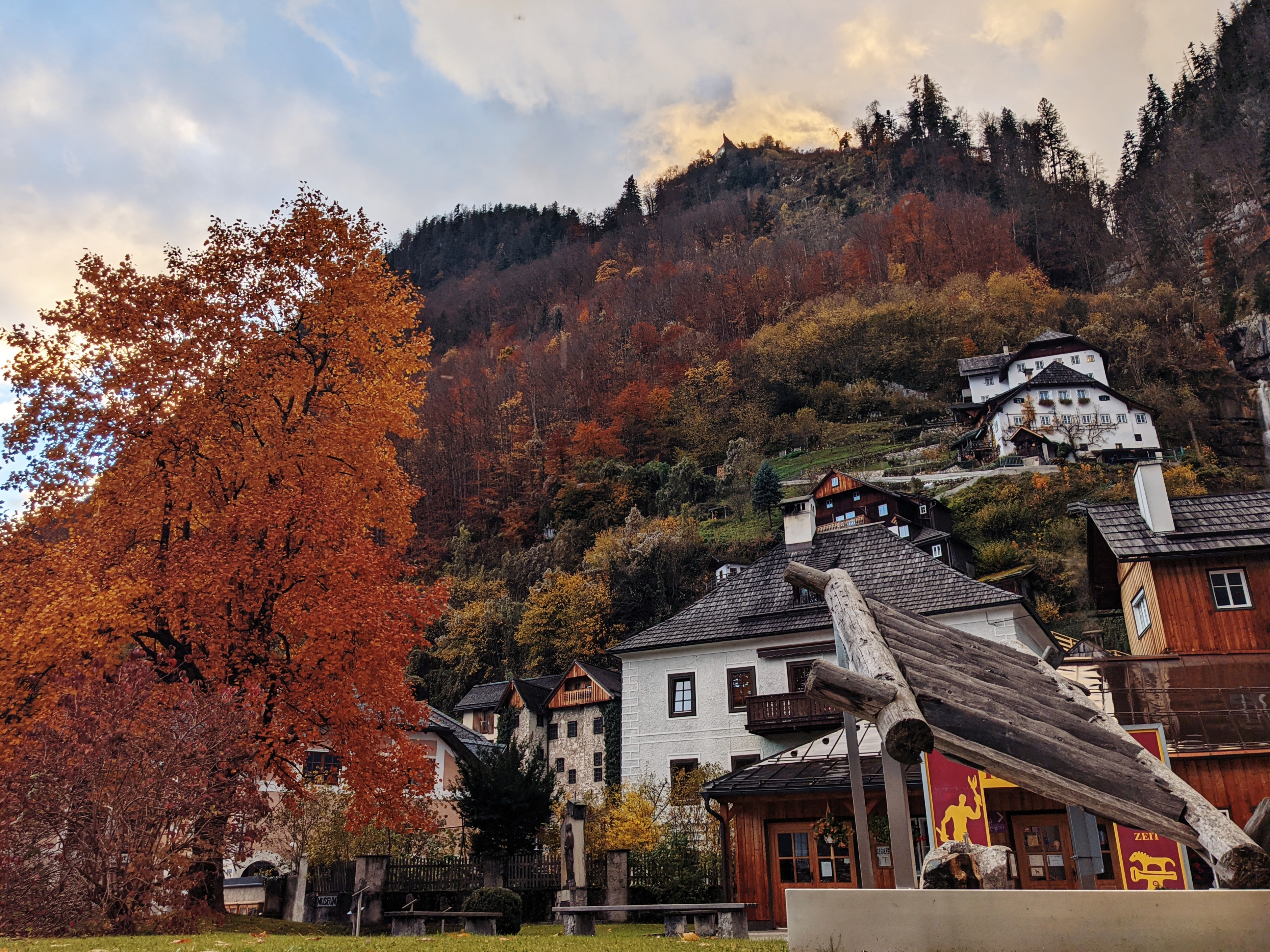 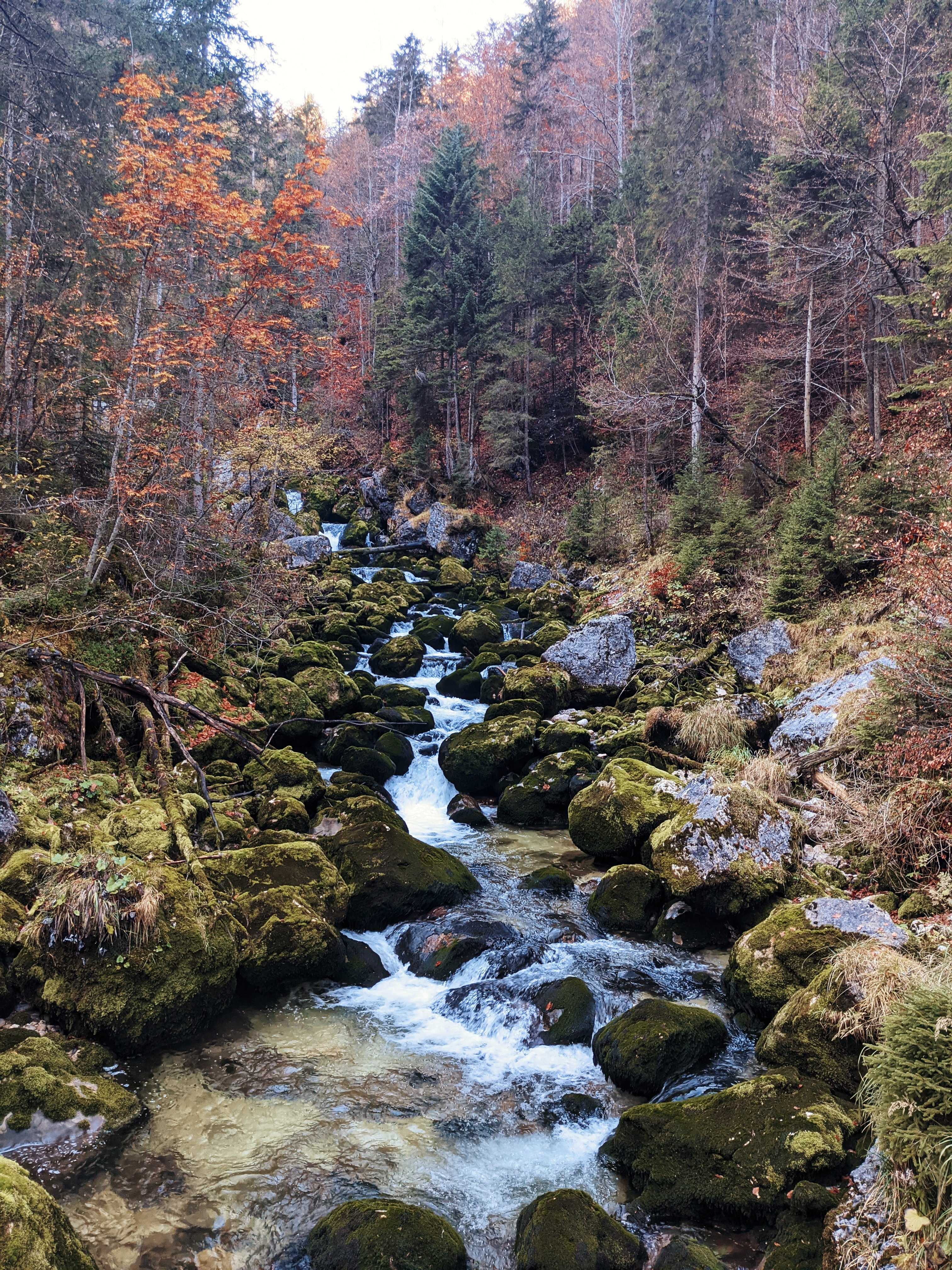 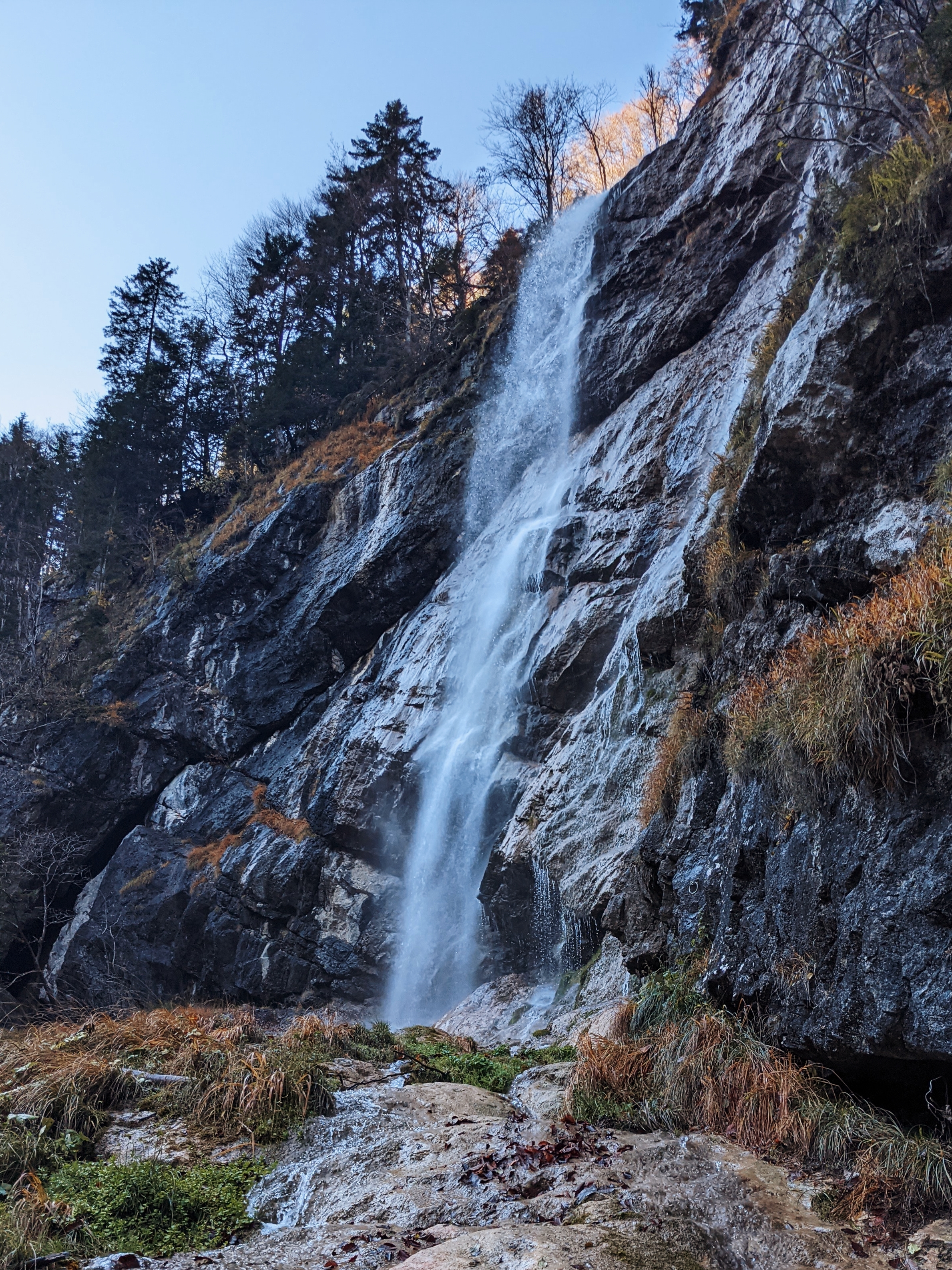 I'm thankful for the short time I was able to escape here. I think the village looks particularly beautiful in pictures I've seen of the Winter, but it was nice to experience it in Fall without being overrun by tourists.